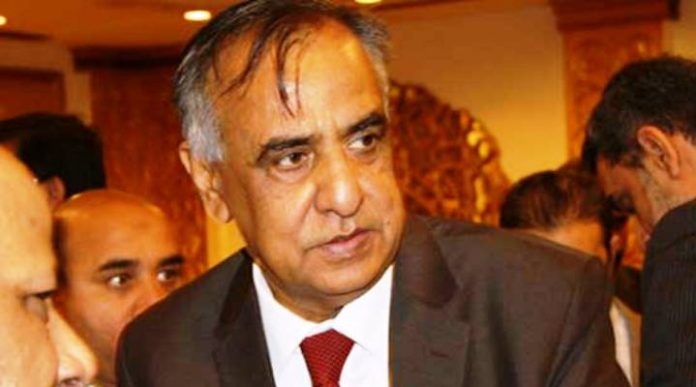 Special judge Irum Niazi was to hear arguments on framing of charges against Hijazi in the case.

Due to the absence of the government’s counsel, the court had adjourned the matter until October 20.

The accused was provided with the charge-sheet during the last hearing of the case on September 26.

Hijazi, who is out on bail, has been booked in the case in the wake of the Supreme Court’s order in the Panama Papers case for allegedly tampering with financial records of the Sharif family’s company.

The Federal Investigation Agency (FIA) took Hijazi into custody in July, after a report released by the Panamagate Joint Investigation Team (JIT) alleged that the former SECP chairman had altered records related to the Chaudhry Sugar Mills.