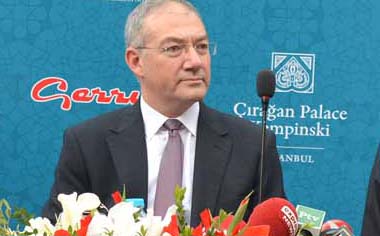 Prime Minister Shahid Khaqan Abbasi thanked the Ambassador and said the government and people of Pakistan greatly value brotherly relations with Turkey. He said these ties were based on shared history, common values and mutual interests.

The Prime Minister noted with satisfaction that their bilateral relations have further deepened and broadened during the last four years.

The Prime Minister said Pakistan was keen to further strengthen its relations with Turkey, particularly economic cooperation between the two countries. He also conveyed his good wishes for the brotherly people and leadership of Turkey.=DNA