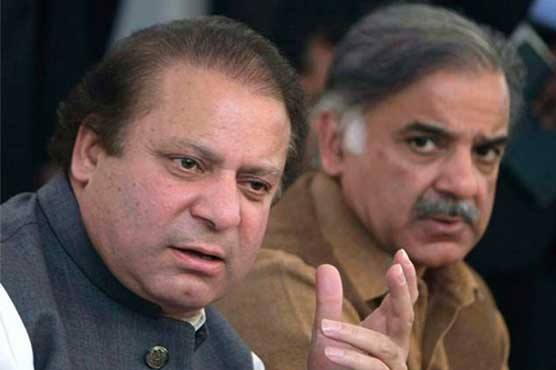 PML-N arrived at the decision during a sitting of party’s top leadership chaired by Prime Minister (PM) Nawaz Sharif in the aftermath of Panamagate. Nawaz Shairf’s legal team also briefed him on the developments following reservation of judgment by apex court.

As per details garnered, ruling party contemplated on possible names as replacement if Supreme Court (SC) disqualifies premier. Well-informed inside aware revealed that replacement is aimed at completing five-year constitutional tenure so that all ongoing mega-projects would be completed.

Then, the party would put forth completed projects before masses during electoral campaign in bid to take credit and secure victory in 2018 polls. Second big motif behind completion of tenure is to acquire two-third majority in senate.

PM’s legal team prophesied it is highly unlikely that SC would disqualify him directly. It further narrated that SC would forward the reference to National Assembly Speaker Ayaz Sadiq who would have to make judgment within span of 30 days otherwise, the case would fall in jurisdiction of Election Commission of Pakistan.

On the other hand, Interior Minister Chaudhry Nisar skipped the sitting as rumors of rift surged.