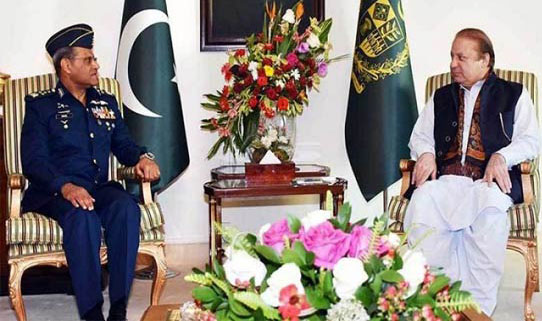 Nawaz Sharif praised the role of Pakistan Air Force in country’s defense, and said it has full capability to defend its air borders and to overcome any sort of challenge or threat.=DNA