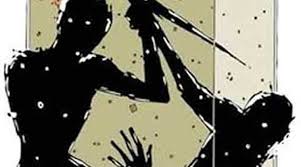 GUJRAT, JUN 21 (DNA) – A man murdered two of his sisters on accounts of suspicion in Noor Jamal village of Dinga on Tuesday, according to reports. Awais Ali and his maternal uncle Banaras entered his house where Awais Ali allegedly opened fire on his sisters Saadia, 26, and Uzma, 28, which killed them both on the spot. The accused then fled the scene. Police claimed the suspects had an issue with the activities of their sisters.

Police have lodged a case against the suspects under Sections 302, 311 and 34 of Pakistan Penal Code on the report of a police officer from Dinga police station and started an investigation.

The autopsy was conducted at Kharian civil hospital after which the body was returned to the heirs.

Raids are being conducted by the police in search of the escaped suspects, however, police have not been able to catch any culprit as yet.