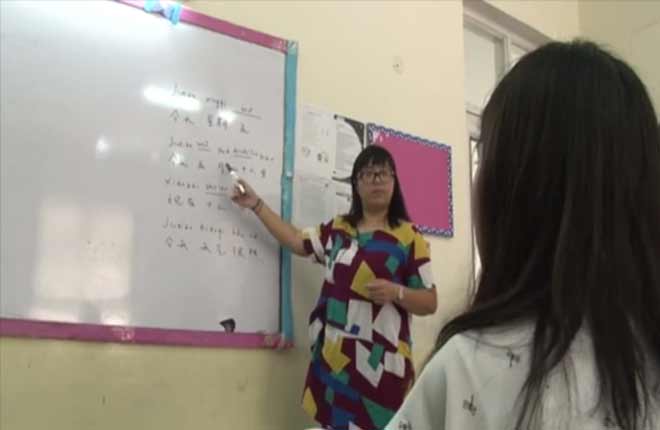 ISLAMABAD, JUN 20 (DNA) – With the implementation of China-Pakistan Economic Corridor (CPEC) in Pakistan, the cultural interaction of Pakistani and Chinese citizens is opening avenue for learning Chinese language in Pakistan. Numerous institutes are teaching Chinese language to students and professionals in Pakistan, including the Roots Millennium Schools where more than 7,000 students are learning mandarin. Being a flagship project of Belt & Road, CPEC has attracted many Chinese into Pakistan who aren’t necessarily working on CPEC projects, but with other enterprises, or running private businesses.

CPEC is not only providing economic connectivity, but also helping establish people-to-people ties between the two countries which will be beneficial for the whole region.

China is investing billions of dollars in extensive roads, railways, special industrial zones and energy infrastructure in Pakistan. The massive collaboration dubbed the China-Pakistan Economic Corridor, or CPEC, is generating interest among Pakistani students and professionals to learn Mandarin.

Li Xue Mei teaches compulsory Mandarin lessons to around 300 students ranging from grade five to middle school. She is one of the Chinese instructors at the private Roots millennium schools, where more than 7,000 children are learning the language.

“They are good and they are very excited to learn Chinese,” she said.

She adds that writing Chinese language characters is challenging for her students, but they quickly master it. The instructor underscores the urgency of learning Mandarin.

China’s investment of around $60 billion under CPEC collaboration is expected to bring around 20,000 Chinese to Pakistan.

A large number of them have already moved to the country, mostly running private businesses.

Public and private institutions are establishing links with Chinese counterparts to promote exchanges in higher education and provide research opportunities on both sides of the border.

Beijing regards CPEC as “a pilot flagship project” of its Belt and Road Initiative (BRI), which is a massive trade and connectivity venture aimed at linking China to the rest of Asia, Africa and Europe through both land and maritime routes.

While both countries have traditionally enjoyed close political and defense ties, officials hope the corridor will further cement relations and bring economic prosperity to Pakistan.

“History bears testimony to the fact that this great friendship has stood the test of time. But in the past four years this relationship has crossed new thresholds and culminated in the establishment of CPEC,” said Pakistani Foreign Policy Advisor Sartaj Aziz.

The nearly 3,000-kilometer long corridor China is building in Pakistan will allow its trade convoys to travel along the Karakoram Highway, snaking past snow-capped ranges, down to the deep-water Pakistani port of Gwadar. The freight will then be placed on ships bound for markets in Africa, the Middle East and Europe.