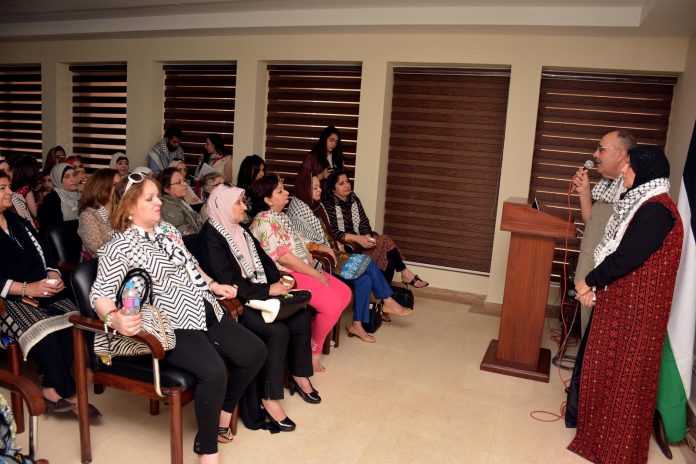 The ambassador further said, the United Nations has not done enough to help the Palestinian people adding that the watch dog body should act immediately in order to save the innocent Palestinian people from the Israeli aggression.

Ambassador Walid further said that collective efforts are needed to ensure a two-state solution. “That is the only solution of this conflict and Palestinians will never accept anything short of this” he added.

The ambassador recognized that Ummah is faced with numerous challenges and disagreements among various OIC member states that have impeded the efforts of a two-state solution.

He hoped, however, that the Muslim Ummah shall get united soon. The ambassador also questioned the activities of the Taliban, Islamic State and Al-Qaeda and hastened to add that all these forces were only targeting Muslims and not Israel, which was quite intriguing.

He stressed that the OIC leadership to have its own media organizations like the Jews in order to counter the negative propaganda of the West about Islam and Muslims. Jews enjoyed massive influence primarily because they had financial resources and also controlled the major media houses. While the Muslim world is also gifted with a lot of resources and wealth it certainly needs to have a tangible influence on some media houses that can forcefully project their viewpoint. DNA