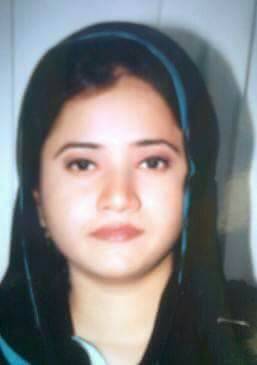 The National Nutrition Survey, a 2011 report revealed, that women and particularly children are not getting micronutrients including iron, folic acid, vitamin A and vitamin D in their daily diet. While 51% of pregnant women are anaemic, 37% have iron deficiency, 46% are deficient in vitamin A and 69% in vitamin D. The problem repeats itself in children with 62% of under 5 years suffering from anaemia and 54% of vitamin A deficiency. Consequently, the deficiency of these micronutrients seriously affects children’s health, growth, mental development and learning abilities.

Micronutrient malnutrition is a public health challenge, losing 2-3% of Gross Domestic Product (GDP), It is a public health burden on the country’s economy and causing socio-economic effects on the country’s development. Malnutrition affects work productivity and increases maternal, newborn and children mortality, therefore, considering the massive scale of the problem, food fortification should be a   high priority policy in Pakistan.

For children, micronutrient deficiencies increase the risk of dying due to infectious disease, limit their ability to fight disease and contribute to impaired cognitive and physical development. Providing a child with nutritious food from birth has an important impact on their physical, mental and cognitive development. It is important that all growing children take the recommended daily amounts of the vitamins and minerals, sufficient to maintain good health, improve better learning abilities and mental development.

In the current scenario, the daily consumed food items are not pure and enriched with micronutrients, especially, the open edible oil/ghee, wheat flour which often lose the essential micronutrients during processing. Similar is the case with the broiler chicken’s eggs, chicken and beef meat. Common citizen cannot afford a balanced diet especially the poor. Other than that, through widely consumed food items that include wheat flour and edible oil/ghee when enriched with micronutrient, malnutrition can be overcome.

It is the right time to address micronutrient malnutrition through food based approaches which are easily accessible for all, especially poor families including women and children. Food fortification is the safest and most cost-effective means of improving upon this specifically in women and children, and generally in the entire population.

What is Food Fortification?

Food Fortification is adding vitamins and minerals to staple food to prevent micronutrient deficiencies in the body. Fortified foods provide a preventive rather than a therapeutic benefit.

We cannot get essential micronutrients from our body, therefore, the only source is external balanced and nutritious diet. Fortified food reduces micronutrient deficiencies among pregnant, lactating women, women of reproductive age, children and the population in general.

Research findings have revealed, as children grow, they need an adequate amount of micronutrient. It is essential that children are provided with the fortified wheat flour and edible oil/ghee made meal for their healthy development.

Iron, folic acid, zinc, Vitamin A and Vitamin D deficiency affect the cognitive development of children which ultimately impacts on their ability to better perform at school. This is a principal factor behind Pakistan’s low educational performance and poor economic progress. Deficiencies in iron, folic acid, zinc and Vitamin B12 have also been associated with increased vulnerability to infectious diseases. It is essential, therefore, that children consume fortified food in order to ensure adequate intake of essential micronutrients including vitamins and minerals. Adequate nutrients supplied through fortified wheat flour and edible oil/ghee made meal should ideally form part of a balanced diet.

Research reports revealed some of the common benefits of most fortified nutrients are:

What needs to be done?

Ownership and acceptability from the wheat flour and edible oil/ghee milling industry is highly important. The business community can potentially contribute to improving the nutritional status of the population in Pakistan.

Public Private Partnership between government’s relevant departments and wheat flour and edible oil/ghee milling industry is required to jointly contribute to improving the nutritional status of the population.

Recognizing the micronutrient malnutrition challenges in Pakistan, communication, marking is vital to increasing consumers’ awareness about the benefits of fortified food and generating demands.

Food fortification is new in Pakistan and it is the first time that Pakistan is going to fortify wheat flour and edible oil/ghee. Unless the consumers awareness is created  about fortified foods only then will a demand be generated for production and supply of such foods.

Therefore, it is important that wheat flour and edible oil/ghee milling industry must  contribute in mass public awareness through marketing communication and media campaign activities. The most effective means of increasing consumers’ awareness is the point of sale marketing where dealers, wholesalers, retailers and traders’ associations can make effective and wholesome contribution.

Sustainability of fortified wheat flour and edible oil/ghee can only be ensured if harmonized fortification standards are in line with the Pakistan Standards and Quality Control Authority’s standards as well as mandatory law, rules and regulations and regulatory environment are evolved and put in place. The acceptability and ownership from wheat flour and edible oil/ghee milling industry is the core element for producing fortified food in the country.