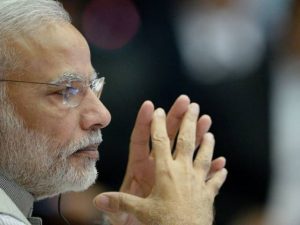 NEW DELHI, MAY 29 (DNA) – Indian Prime Minister Narendra Modi will seek to repair India’s drifting partnership with Russia when he meets Russian President Vladimir Putin this week, amid wariness over Moscow’s renewed interest in New Delhi’s backyard, analysts say. The two leaders will look to stem a decline in trade between the once robust economic partners and resolve tensions over their shifting global alliances when they meet on Thursday ahead of a summit in Saint Petersburg.

The two countries enjoyed a 70-year alliance forged during the Cold War, when the Soviet Union was India’s largest trading partner, diplomatic ally and main arms supplier, providing everything from tanks to aircraft.

But the relationship became unmoored following the collapse of the USSR, as India underwent an economic transformation and increasingly sought to build trade ties with Western nations.

That process has accelerated in recent years as New Delhi has orbited closer to Washington, and Russia has fostered relationships with India’s chief regional rivals Pakistan and China, analysts say.

Russia remains an important partner for India but “the basis for the relationship is, however, very weak”, said Dhruva Jaishankar, foreign policy fellow with Brookings India.

“People-to-people exchanges are limited, young Indians are less likely to study Russian, and even areas like energy and information technology, where the two countries have comparative advantages, are underdeveloped,” he said.

The two leaders are expected to discuss a framework agreement for Moscow to supply more reactors to a nuclear plant in southern India as the country seeks to reduce its reliance on highly polluting coal.

Russia has supplied two reactors to the plant under a long-delayed agreement, and has been pushing to supply more.

A revival of two-way trade, which slumped to below $8 billion in 2015 despite an ambitious bilateral target of achieving $30bn by 2030, will be a key priority during Modi’s visit.

New Delhi, which is the world’s top arms buyer, once relied on Moscow for its military hardware, but has increasingly turned to the United States, France and Israel to update its Soviet-era defence equipment in recent years.

Furthermore, Modi is now seeking to manufacture military hardware locally, asking foreign firms to work with domestic contractors under his “Make in India” campaign, in a bid to reduce reliance on costly imports.

Although Russia is close to finalising a deal to build Kamov military helicopters in India, its recent pivot towards Pakistan has not gone unnoticed in New Delhi.

Moscow lifted its embargo on arms supplies to India’s arch rival in 2014, according to Russia’s news agency, and was holding talks on supplying Islamabad with combat helicopters.

Moscow also rattled India recently with its decision to support the China-Pakistan Economic Corridor, a project opposed by New Delhi because it runs through the disputed Himalayan region of Kashmir.=DNA