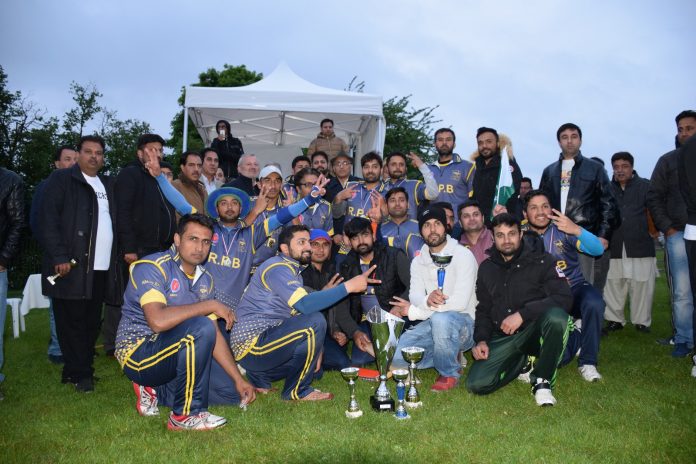 PARIS, MAY 09, (DNA) – Pakistan will continue to play a proactive role to promote game of Cricket in France with a view to further strengthen the existing friendly relations between peoples of the Pakistan and France. This was stated by the Ambassador of Pakistan to France Mr. Moin ul Haque while addressing a large gathering of the cricket fans at the prize distribution ceremony of the Street Cricket Tournament organized by the Association of Multicultural and Sports of Sarcelles, a town located in the suburb of Paris, France, yesterday.

The Ambassador noted with satisfaction that the game of cricket in France is becoming increasingly popular after successful holding of Pakistan sponsored two editions of Jinnah Champions Trophy in 2015 and 2016. He appreciated the Association of Multicultural and Sports of Sarcelles for successfully organizing the Street Cricket Tournament in France.

While speaking on the occasion, Mr. Francois Pupponi, the President of France-Pakistan Friendship Group in the National Assembly of France termed the Street

Cricket Tournament a symbol of Pakistan France Friendship and said that holding of such events provide healthy and constructive opportunities to the youths of different origins and cultural backgrounds to interact and build lasting bonds with each other.

The Ambassador and Mr. Francois Pupponi later distributed trophies and prizes to the winning teams. In all 24 teams took part in the tournament.=DNA