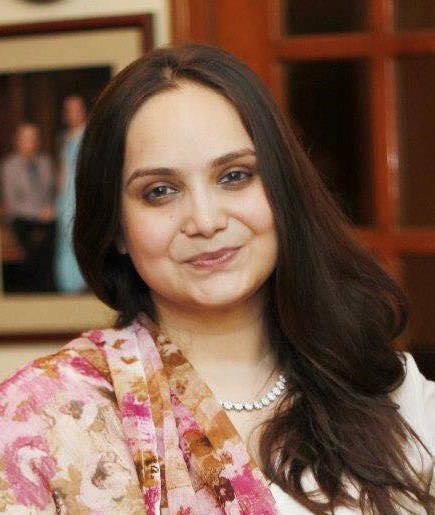 Marking yet another achievement by dynamic women of Pakistan, Yasmeen Lari became the third Pakistani to win the prestigious Fukuoka Prize for Arts and Culture in Japan and the first Pakistani woman to do so. The two previous laureates from Pakistan are NusratFateh Ali Khan and Uxi Mufti, whose contributions to advance and preserve the cultural heritage of Pakistan need no introduction.

The Fukuoka Prize was established to honour outstanding achievements by individuals or organizations in preserving and creating the unique and diverse cultures of Asia. The aim is to foster and increase awareness of the value of Asian cultures as well as to establish a framework within which Asians can learn from, and share with, each other.

Yasmeen Lari founded the Heritage Foundation of Pakistan and has been involved in the preservation and conservation of historical buildings, while also designing contemporary architectural projects as the Pakistan’s first woman architect. Since the Earthquake in 2005, she has also been energetically working for humanitarian aid and promoting the construction of disaster resistant housing made from clay, lime and bamboo which has a zero or minimal carbon footprint. Her contribution to cultural heritage preservation and to the development of a disaster-resistant society has been enormous.

The Academic Prize for 2017 went to Dr.Ambeth R. Ocampo, an outstanding historian and intellectual who has contributed to academic, cultural and social progress in the Philippines, through his positions as an academic and a newspaper columnist, and through his service in executive and advisory roles in historical and cultural administration. Dr.Ocampo added the Fukuoka Academic Prize to his already substantial national and internal honours and awards.

The Grand Prize for the year was given to Mr. A. R. Rahman who has opened up a new arena for film music. His bold fusion of traditional South Asian, classical Western and popular contemporary American hip-hop and other music has created a number of unforgettable tunes with pleasing melodies and powerful beats. His masterful fusion of Asian and Western and traditional and contemporary music is unique and has made Indian music popular world over. He has previously won two Academy Awards, two Grammy Awards, a BAFTA Award, a Golden Globe, four National Film Awards, fifteen Filmfare Awards, thirteen Filmfare Awards South, and two OscarAwards amongst others.

Yasmeen Lari was lauded for her immense contribution for historical conservancy and in particular her ground-breaking work to construct low-cost housing made fromlime, clay and bamboo. The indigenously sourced materials have a low (or zero) carbon footprint and is a disaster resilient alternative for the poor in regions prone to natural disasters.

The 27th Fukuoka Prize award ceremony was held in honor of the laureates in the presence of Their Imperial Highnesses Prince and Princess Akishino, Fukuoka citizens, foreign guests and representatives from various fields.

Mr. Takashima Soichiro, Mayor of Fukuoka Cityexpressed his commitment to resolve to serve the Asian region as a center for international change through the “Asian Party”, including the Fukuoka Prize and other events, under the concept of “Create with Asia.”

His Imperial Highness Prince Akishino then congratulated the laureates on their winning the prize. He said, “This year’s laureates, like their predecessors, have devoted deep study to the cultures and societies of Asia, and represent advances in the understanding of cultural diversity that have also led to the creation of new culture. This Prize acknowledges, not just within Asia but throughout the rest of the world, the significance of their outstanding achievements, which will contribute to developments in the future, and will be shared with society as a whole as a valuable asset of mankind to be handed on to future generations.”

His address was followed by the report on the selection process by Professor Kubo Chiharu, Chair of the Fukuoka Prize Jury and President of Kyushu University who explained that there had been thousands of nominations for this year’s prizes and the three winners had then been selected from the 170 individuals shortlisted from the 9000.

Ambassador FarukhAmil attended the ceremony. He said, “I feel it is important to celebrate people, like the three winners this year, who have taken the creativity and energy of our great collective Asian civilization forward. I am particularly honoured that a lady from Pakistan has been selected as the Art and Culture Prize Laureate.”

He added, “The immense contribution of Japan must be recognised as a leader in celebrating the arts and academia. I would reiterate my deepest appreciation for Fukuoka City for its important contribution in helping build bridges of friendship, culture and understanding between our multifaceted, vibrant Asian countries.”