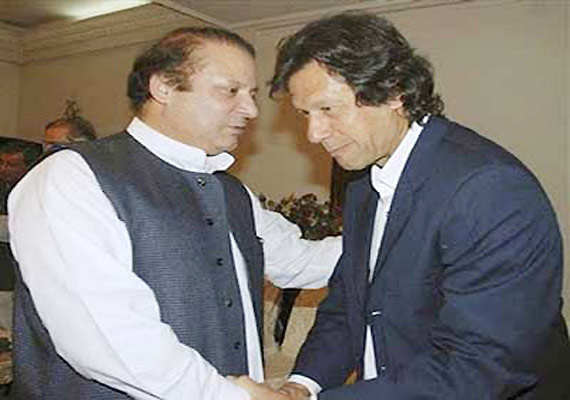 According to sources the PTI core committee that met on Tuesday evening with Imran Khan in the chair decided to attend the joint sitting however the Chairman Imran Khan was of the view they should not attend.

According to media reports, even one MNA when insisted to attend the joint sitting, the party leader asked him to join PML N camp if he were so keen to take part in the session called by the government.

Analysts believe, Imran Khan’s move does not auger well as far as future of democracy or the system in vogue is concerned. They believe the PTI chairman might have got any instructions from CERTAIN QUARTERS to boycott the joint session.

After core committee meeting the party leader talked to media also and demanded resignation of the prime minister. He probably is in no mood to wait for the decision of courts and election commission about Panama issue.

As regards Dr. TahirUl Qadri, he may also join at the end of day Imran Khan in his Islamabad march. Currently both the leaders seem to be at loggerheads however analysts believe they might again become friends.

The government on the other hand would try its best to avoid any violence. There is also an option to take Imran khan in custody. But this move may also trigger some violent protests.

Analysts believe after Muharram the political weather of Pakistan is going to see some unruly scenes on the streets of Islamabad, with PTI making all out efforts to get prime minister out of the office.